We have already discussed about Google Photos' Archive feature that lets you hide photos from the app's main view. Now the company has launched another, related feature that makes the archiving work more easier.

In this tutorial, we will briefly discuss what this new feature is, and how you can use it. But before we do that, it's worth mentioning that we tested this feature on a Marshmallow-powered Nexus 5 device running Google Photos version 2.16.0.157775819.

As you might already know, the Archive feature of Google Photos lets you move photos to the Archive section, helping you get rid of photos that you don't want to see in the main view without actually deleting them.

The functionality, however, requires you to manually select photos to archive, which can get time-consuming if there are a lot of photos you want to archive. This is where the new feature comes into picture.

The app will now offer suggestions for photos to archive, making it easy for user to archive stuff. These suggestions will appear in the form of cards in the Assistant tab of the application. For example, I received the following notification from the app:

Tapping the notification opened the Assistant tab in the app where the suggestions card was there. 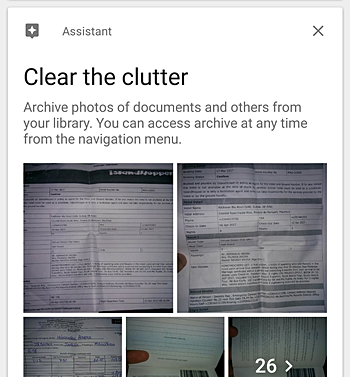 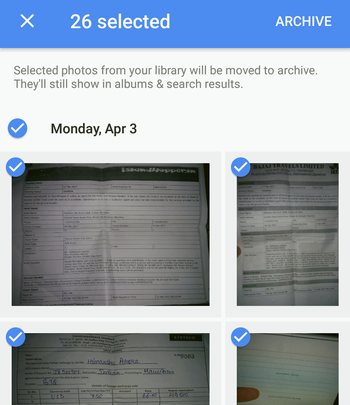 To archive, tap the Archive button at the top-right of the card. And you're done. 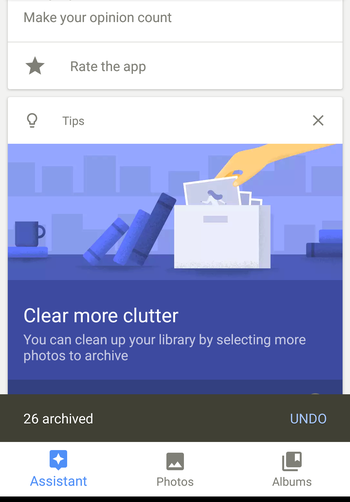 You can also disable a particular set of archive suggestions from the overflow menu of the corresponding card.