Are you a network admin? Or, have you ever debugged a network-related issue? If your answer to any of these is yes, then I am sure you'd be aware of ping, a command line tool that lets you confirm whether or not the device you are communicating with is alive or reachable.

For beginners, the output that ping produces is similar to the one shown in screenshot below:

However, if you want, you can have a graphical output instead. But for that, you need to install a separate tool, appropriately dubbed gping.

To install the tool on your Linux box, use the following command:

Note that in case pip isn't there on your system, you may have to install it first. On my Ubuntu 14.04 machine, I used the following command to install pip:

Once gping is installed successful, use it in the following way:

For example, pinging google.com through this tool, produced the following result for me: 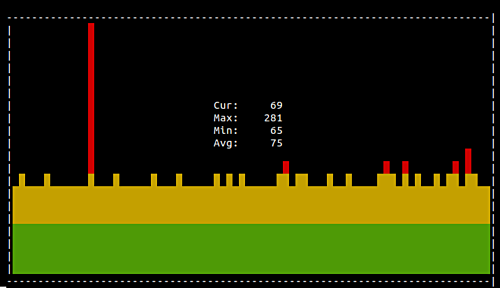